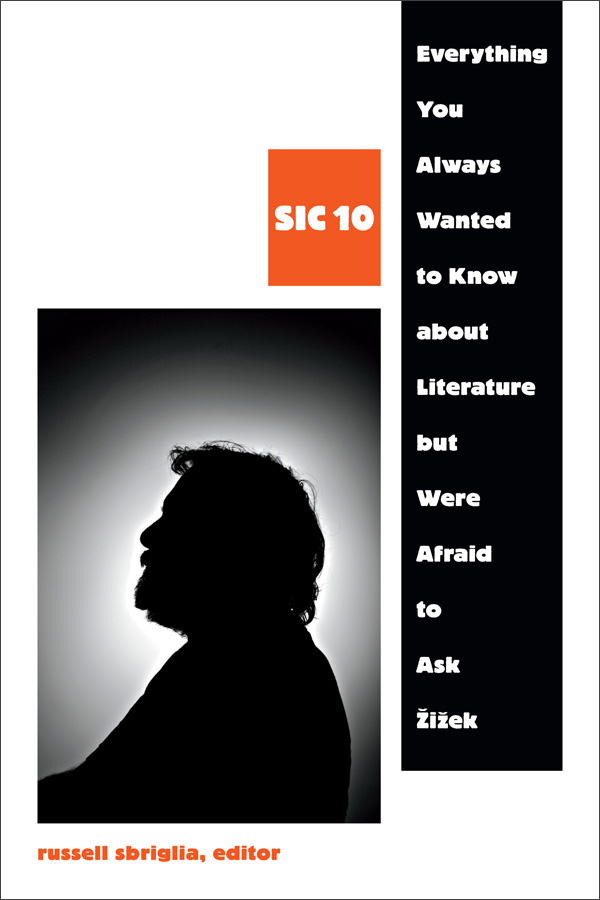 Russell Sbriglia’s introduction to Everything You Always Wanted to Know about Literature but Were Afraid to Ask Žižek offers a great explanation of Zizek’s work meanwhile discussing Lacan’s boss threesie: Symbolic, Real, Imaginary. I found it very elucidating!

Russell’s chapter, Symptoms of Idealogy Critique offers up a voracious philosophical investigation into interpretive paradigms on symptomatic readings (cynicism vs. fetishistic) of early modern literature –  through Emerson from Freud to Zizek. And in the spirit of Zizek (plus-de-jouir) discusses “the embodiment of the lie which enables us to sustain the unbearable truth.”

Book’s last chapter is from Zizek – deliciously entitled Subjective Destruction in Shakespeare and Beckett. Section 1, to put very casually, how in Shakespeare “melancholia precedes prohibition,” filling a void “primordially not its own.” Section 2, takes us from Joyce’s illicit pleasure in language (Here Comes Everybody) to Sam Beckett’s self-emptying subjectivity (Here Comes the Not I) and “whose dead puppet, the ‘real’ person is” anyway. Fabulous, as always. Wee bit excerpted here.