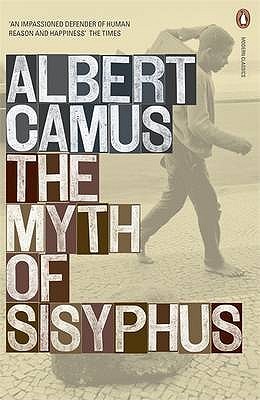 Fundamental question of philosophy, to live or not. What is called a reason for living is also an excellent reason for dying —

To run the risk, a passion, allegiance, faith, zeal — to point of death becomes equiv to intensification: a passion of living. Willingness risk “everything” for it.

Balance between evidence and lyricism, according to Camus, can allow for one to achieve simultaneously extent (burdern, infleunce etc) of emotion, and yet without sacrificing lucidity.

An act like this is prepared within the silence of the heart, as is a great work of art. The man himself is ignorant of it. One evening he pulls the trigger or jumps.

Same could to be said of when – am hit by Shine – belief is actually trying to station itself elsewhere. Joy can have a suicidal impact – as to say, Joy as Raving Absolutes, as a mistaken yet beautiful death drive – that seemingly in fact seeks – as it exceeds – the living.

fatal game that leads from lucidity in the face of existence to flight from light.

here he refers to as flight from light, but pilgrim progress says into the light, and Joy gets hit by suddenly slipping off finite into exploration of absolutes that are hysterical opposites somehow?? both resurrection-ary and astonishingly defiant, laughing unbeknownst at your own death —

killing yourself amounts to confessing

The subject of this essay is precisely this relationship between the absurd and suicide, the exact degree to which suicide is a solution to the absurd.

call the act of eluding

the fatal evasion that constitutes the third theme of this essay, is hope. Hope of another life one must “deserve” or trickery of those who live not for life itself but for some great idea that will transcend it, refine it, give it a meaning, and betray it.Thus everything contributes to spreading confusion.

Does its absurdity require one to escape it through hope or suicide—this is what must be clarified, hunted down, and elucidated while brushing aside all the rest.

That elusiveness as trickery – to find reason to stay alive – that can end in tons of elusive gesture (to create hope) and also result in shocking levels of confusion.

Tenacity and acumen are privileged spectators of this inhuman show in which absurdity, hope, and death carry on their dialogue.

Gonna have fun with this term.

Great feelings take with them their own universe, splendid or abject.

the feeling of absurdity can strike any man in the face. As it is, in its distressing nudity, in its light without effulgence, it is elusive.

a man defines himself by his make-believe as well as by his sincere impulses. There is thus a lower key of feelings, inaccessible in the heart but partially disclosed by the acts they imply and the attitudes of mind they assume.

Hegel just showed up. Along with throwing a Limit. And Aristotle. Resurgence and meeting points. p26

But first, the falling thing, the ever resurgent irrational.

Follows it with the science. Laws of nature operative up to limit and then give rebirth to absurd, pre eminence of the irrational –

But get this, transition is not evident.

or in science, shooting particles show up where they land, cant see transition, till lands and physical measurement overtakes probability.

Calling it separation for me is new. Posing place of separation, thats new. Poses too are new. And dreaming drawing poses with narrative. Meander in and out of logic as consternates cliche while pushing to find lift beyond it.

Cut and Crack and Luminence Flux.

Someone named Chestov, who Camus is hacking through, is quoted turning to sky and solar system to relieve uncertainty. And slip noose of absurd and stretch arms across pit of hell – ha! absurds too can become overdetermined – get that idea from Modes of Abjection –

Chestov lets lift off, from absurd to free himself from its uncertainty, with gorge spell well of Dantean reach for the mountain top.

This is fun hacking up Camus, et vous too. Whose ear it is makes a bleeding difference.

That was a big discovery when first slid into collaborating with specific Dead Uns, before invaded by rhymers. With whom I drank to death. As rogue rompous flue and heaven and hell bleeding at cracks and where mythics screamers riot as hell. Cracks are toughest.

Would pull up Joyce and Beckett over writing to try and move in on it, but was like periscope from depths reading silence, and fall back and fall back, into a moan with delicacy over its fondling with my shocking scolds and grave trollish imaginings and sunders of contempt, as though sly carriers of fascination could share the fascination with and like them push Miss Piggy through the creepers and reapers for my indigence to get some help. That was more important to me than going out drinking? No – no they were still one. Going out drinking, reading, writing, emanated from the same mystification – Why reading them so much fun.

Always down other side of street trying to capture surface of something respectable because thats what was done, which everyday did something to kill me till had a drink. And could escape that destiny.